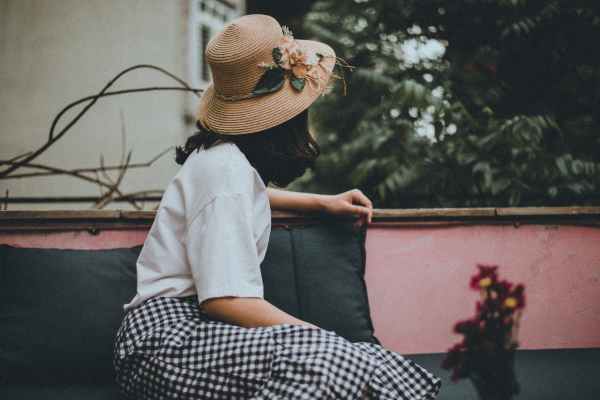 Yes, you had dreams when you were young, many of which seem so far-fetched now. Maybe you had dreams of being spotted at a small cafe one day by a casting director and lo and behold, you become the next big thing in tinsel-town.

Maybe you dreamed of becoming a professional footballer, after your mom threw a party once, when you scored a hat-trick in the yearly inter-school football competition.

Or maybe you had simpler dreams. You adored your hometown and wanted to spend the rest of your life in the sleepy, fairy-tale like town your father and forefathers chose to live in, where people knew who their neighbors actually are. The stint at the big city was just temporary and you had plans of moving back once you finished college, start your own business. The big city life wasn’t for you.

Well, guess what? None of that happened. You feel lost, without any aim or direction, after you released that your life didn’t really turn out to be as exciting or perfect as you had imagined for yourself. You wonder if this is what they call a quarter life crisis.

First of all , try to curb your social media indulgences. Remember, most of the times, people try to portray the best versions of their lives via such platforms. For many people , seeing others having the best time of their lives, often leads to self-doubt and a nagging feeling that they are not living up to their potential.

Secondly, try reconnecting with your passion. Our dreams were so important to us because we were passionate about the things our dreams were made of. Its never too late after all. If Dorothy Steel can start a career in acting at the ripe age of 88 and land a role in BlackPanther at the age of 92, you can reach for your dreams too.

Lastly, ten years down the row, you will realize, life wasn’t so bad after all.

Now, I am not a newbie in fitness. I have had my share of zumba classes, sweaty HIIT sessions , tabata , weight training and even good old home workouts, thanks to the current scenario of lock-down. When I had nothing new, i still tried good old brisk walks (They are not bad. honestly. Just don’t turn them into slow lazy strolling)

Today, it had been drizzling non-stop since morning, one of those wet , sticky humid days, ideal for sleeping and cuddling. I did not want to put on my workout shoes, neither did I want to sweat like a maniac. I wanted to feel cozy and snuggly. (Is that a real word?)

So I searched “intermediate yoga tutorial” in YouTube, because in my mind , I have always associated Yoga with light stretching and deep breathing. It just didn’t feel strenuous enough. (Boy , was I wrong!)

I started with something called the “crow pose”, which involved balancing your weight on your palms , while lifting yourself up , as your legs hover over the floor. I failed miserably.

I then moved on to “The head stand” (I know , I should have been way more humbler and stick to “surya namaskars”). Surprisingly , I did achieve success for a split second , and then the next second , my body contorted into a horrible back flip. I sat quietly for 5 minutes in shock , thanking the gods for not breaking my neck and wiping my profusely sweating face.

I, then, searched again. This time the search term was “simple yoga routine”.

Will I try yoga again? Of Course! It has to work magic on stability, balance and muscle strength. And It can surely teach a lot about patience and concentration.

It was the first episode I watched of black mirror. The opening shot gave me an idea that it was a satire based on the extreme popularity of social media in the

Flowy, feminine and oh so sensuous!

That is what Rihanna looked like in this bohemian turquoise off shoulder peasant dress, which she had donned in the music video, wild thoughts.

The dress accentuates her waist, while delicately draping her delicious curves. The colour of the dress is such that it will compliment all skin tones.

The dress, created by Alberta Ferretti had been advertised in quite a demure manner originally. But funnily enough, the dress is anything but demure, once queen Riri sported it.

The carefree girl who runs away from shade and into the heavy downpour that other normal, boring people heading to work are trying to avoid, and gets drenched in the rain from head to toe, at 10 in the morning on a Monday.

The girl who intentionally creates a foam mustache, every time she is sipping a cappuccino or, even a hot chocolate, for that matter.

The girl whom you met yesterday and she has already told you about her plans to be a professional cuddle therapist.

Are you that girl? If yes, good for you.

If no, that’s absolutely fine as well.

You don’t need to be that crazy amazing chick who bought a plethora of colour into her brooding , depressed co-worker’s life and taught him how to fall in love with his life and fall for her as well, in the process.

You don’t have to be that slightly crazy, impish girl with wild highlights and a loud laugh, who drops all her plans when the man in her life is having a bad day.

You are allowed to be YOURSELF!

P. S. : Yes, I am talking about the dreadful manic pixie dream girls. 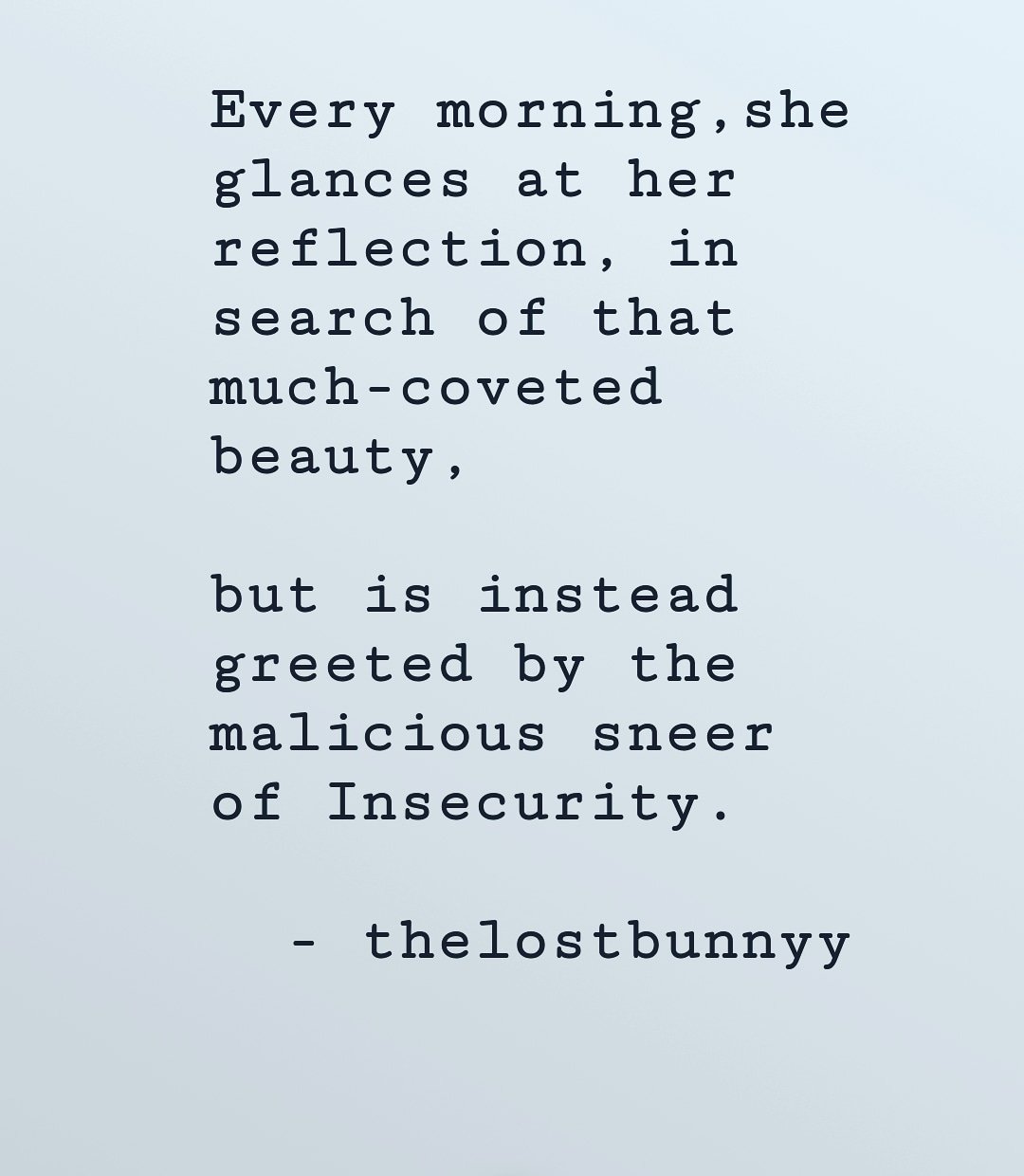 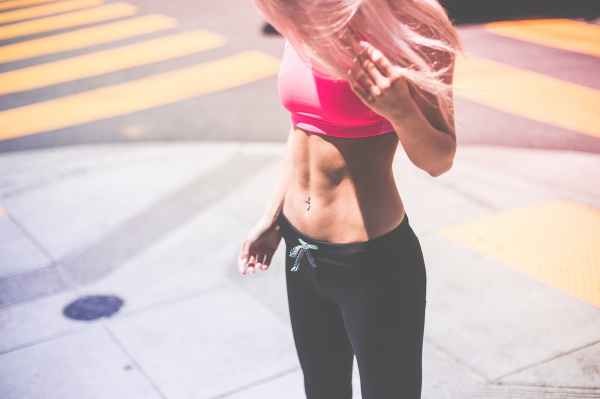 One day I am reading nutritional labels on food items, treating everything i put in my body as a source of nourishment. I am dutifully consuming recommended cupfuls of vegetables and fruits, walking my 10000 steps a day, having a perfect leg day at gym.

Another day i am sleeping at 4am, binging on Netflix shows and getting only 4 hour shut-eye time, missing my early morning gym in the process.

For breakfast, instead of whole boiled eggs, i am munching on a family pack of cookies. My lunch is a takeaway from the nearby chinese place, extremely oily and over-fried noodles.

As the day ends, I feel extremely guilty, as I have ended my 4 day streak of healthy living with an epic fail.

Do i give up? No. I start next day again, aiming for that much-coveted consistency when it comes to fitness and wellness.

I have observed that the one way to ensure discipline health-wise is to sleep at a decent hour.

Someone had truly said “early to bed, early to rise, makes a man healthy , wealthy and wise!“. 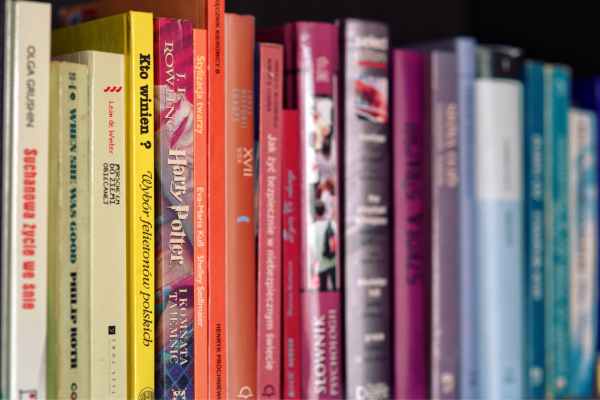 We were a group of friends, teenage girls, blatantly unaware of low waist pants (a raging fashion statement at that time, around 2004) and sporting super unruly, bushy eyebrows happily. Harry Potter was a religion for us. We would spend hours discussing about intricate details of the plot.

I was introduced to the series quite late and had finished the first three books in a haze. I remember, it was the last day of school before a month long summer break and my best friend had bought the 4th book in the H.P. franchise, The goblet of fire. I remember being so full of joy, feeling the heaviness in my backpack, as I walked back home from school.

That summer , my afternoons were spent lazily, reading and re-reading the book. I was worried for Harry when his name turned up in the goblet, excited about his budding romance with Cho-chang and scared when he had to face you-know-who in the end. I teared up a little when Cedric Diggory was mercilessly killed. Maybe I grew up a little that summer.

I was dying to read the next part but alas, none of my friends had it, my parents won’t buy me the book because it was plain expensive for us, and our school library only stocked goosebumps and sweet Valley high books (I hated the latter, I remember them being nothing but full of pure smoochfest)

Luckily, by the year-end, I was visiting Kolkatta and found a beautiful used-book store, which was selling Order of the phoenix for half the price. I finally had my hands on it and finished it in record time. I remember it being called the worst book of the series, but I had enjoyed every character, all the twists and turns introduced in it. I very much adored Sirius’s character development in the book and was miserable when he was so cruelly snatched from us. It was the first Harry Potter book I owned (although second – hand) and it will always be special to me.

Watching the movies was like giving faces and voices to my imagination. The gingery red of the Weasley family’s hair, the majestic dragons, chocolate frogs which looked so edible and Draco Malfoy‘s sneering face, all of the details brought to life. I remember finding Tom Falton extremely attractive.

Maybe JK Rowling isn’t the greatest author in the world, in literary terms. But boy, did she create a magical world for us nerds!

Maybe, if I had read the series at an older age, it wouldn’t have affected me to such an extent. But, as a teenager, Harry Potter was everything we wanted in our life. Those were simpler times, when life bereft of smart phones, social media and fast Internet. 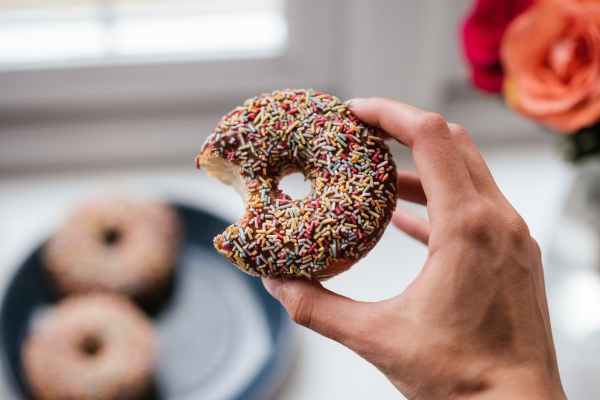 Now I have been reading about the ill-effects of sugar since long, but it seems impossible for me to get rid of the sugary-sweet goodness from my life, which I can attribute to the many frequents desserts served in office for birthdays and the random cups of sweet milky tea/coffee I sip through out the day.

I am going to chuck sugar out of my life for one week. Its very difficult not to wake up to a steaming hot cup of masala chai or a foamy, creamy cappuccino. Well, I can enjoy both but without the part which makes it taste good, the sweetness. I don’t know if I will survive one whole week, too many temptations surrounds me.

Strangely, trying my cappuccino , the one I get from the office’s vending machine, without any sweetener, wasn’t a bad experience at all. My colleagues gave me dark looks and made faces. But frankly speaking, it did not taste as bitter and harsh, as I had imagined and maybe, I can get used to this some day (who am I kidding, it still tastes like soapy coffee water)

I realised that everything was full of sugar around me, the tomato sauce I liked to dip my omelettes in, the dry cardboard like crackers I had with my chai, which did not even taste sweet, the apparently healthy multi grain bread I started my day with. It seemed like anything that was being sold in the market in packaged form had some form of sugar in it, that too in alarming quantities.

I do not know how long can I stick to my sugar free diet, but one thing I am sure I will be doing for the rest of my life is, to read nutritional labels. Frankly speaking, I wish I could just stop eating packaged food but that is another challenge, for some other time.

The Lost Bunny
Blog at WordPress.com.